Go Directly To Rewards
Welcome to the PledgeManager for The Secret of Green Piece!
If you missed our campaign, don't dismay! Just choose an option below.

Get ready to get wet…

In the two previous chapters our Goblins conquered Greenskull Castle and its Dungeons. They are now switching into navy gears and getting into bloody naval wars to conquer the oceans. The Pirate Goblin Squad will battle VS a new Dwarf Marine Crew.

After the first two very successful KS campaigns (Thank YOU) we decided to embark on the third one, and we decided to make it epic!

For this new chapter we decided to add new characters to fight against our evil Goblins; who’s better if not their historical enemies, the Dwarves? You’ll find some Hollywood and Manga like inspirations in this new campaign, hope you like our reinterpretation.

Marco, the head designer, wore his captain hat and drew the new collection of goblins. Roberto continued drawing along with us, and was in charge of drawing the dwarfs. Lukasz again digitally sculpt all miniatures using the ZBrush software.

Vittorio, the 3D master of SolusPro by Reify, used the highest quality resin to keep the tiniest details. Massimiliano, in charge of quality control and cleaning, did an unbeatable job. Thanks to him the 3D sculpture and all components fit perfectly and easily.

Ciprian, a veteran of resin cast, did such a spectacular job in positioning each joint, that it did not require a heavy cleaning of the miniatures before the assembly. We are putting our best efforts to improve the cut and to match each piece in order to make the assembly easier and easier, keeping the top notch quality.

Below you can see our goblins compared to other well-known brands, to be aware of the actual size of our miniatures.

You can also see the difference in size of goblins vs dwarves.

We paid a lot of attention to the body and muscles ratio of each race.

All miniatures will be delivered not assembled and not painted, sealed in plastic bags.

The entire core-set is made of 5 goblins and 5 dwarves in 32mm scale. You can see below the entire group.

If we are here launching our third campaign is thanks to all of you, our supporters of the first and second campaigns. Thanks for believing in us. We hope you’ll continue backing us in order to continue this fantastic journey together.

We also want to thank all our collaborators, who supported us for the third time and with whom we keep growing together, stronger than ever. In particular we’d like to thank: 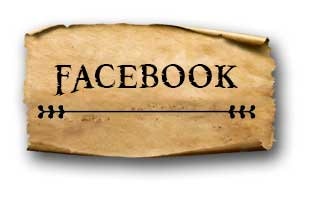 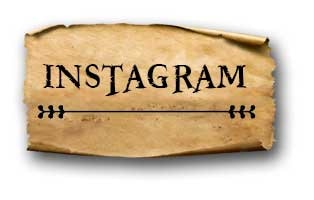 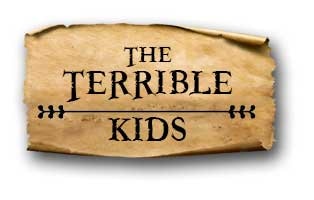 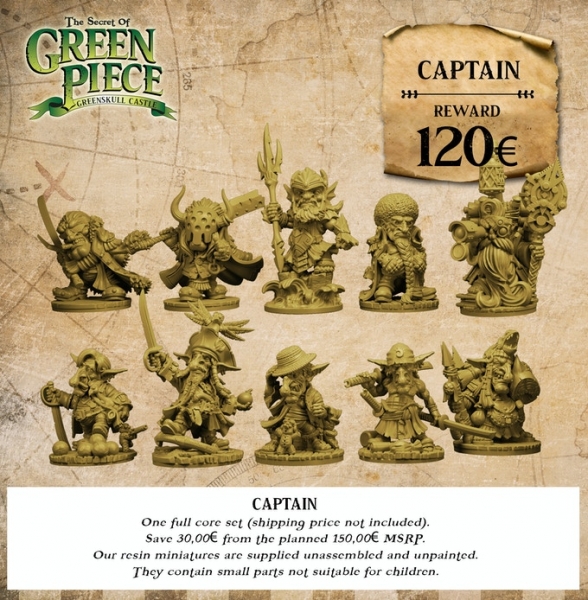 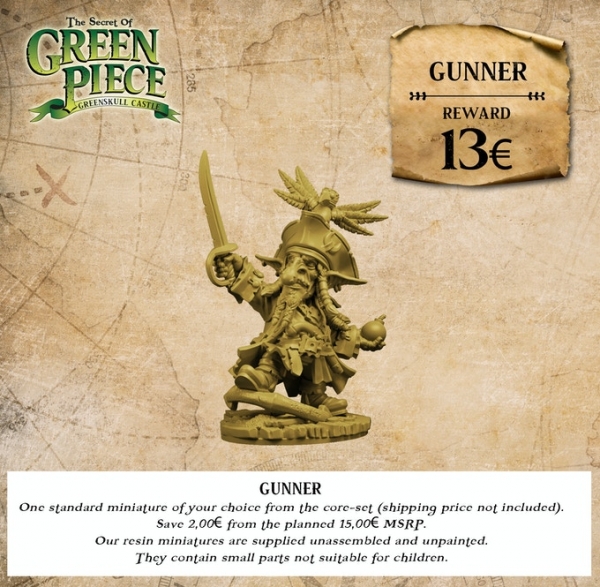 One standard miniature of your choice from the core-set. 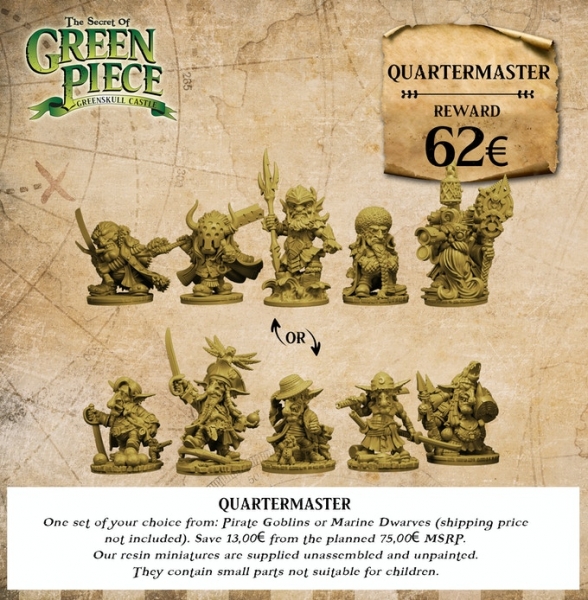 One set of your choice from: Pirate Goblins or Marine Dwarves.

One last step to go!

Share your email, we will send you an invite!

If you're already have a PledgeManager account from another project, just sign in using the button below to join the project.

Complete your information below to get started!